Quail Ridge RV Park
Huachuca City Arizona
Today we moved to a new location, for a two week stay at Quail Ridge RV Park. This was a short jaunt of about 58 miles, first on Interstate 10 to Az90 and finally Az82. The drive took just over an hour with light rain falling for the whole distance and down to just a drizzle for setting up.

Before I forget, I will rate the roads for this trip at a 9 out of 10, pleasant trip with light traffic and rain.

That's it from me, tune into Pat's Blog to find out about the rest of our day.

Thanks for checking in, until the next time, take care and be safe. Leave a comment if you wish, and I will answer back.

Posted by Bill Richards/ On Our Way at 8:45 PM 10 comments:
Email ThisBlogThis!Share to TwitterShare to FacebookShare to Pinterest
Labels: Quail Ridge Rv Park

We left Fortuna Del Oro RV Park in Yuma, yesterday, " on our way " to a Koa campground in Tucson Arizona. This is to be a three night stay to spend time with our friends, Ken & Nancy, who we met in 2012, at Silver Creek RV Resort in Silver Lake Michigan.

Arriving just after 2 p.m., our friends met us at the gate directing us where to park to go in and register, they had been lobbing to get us a better site then what the campground had originally had us in, so happy they did.
They left us to get settled in, with an invite to come over for a chat and that we were having supper with them. So chat we did, getting caught up on what each other had been doing. We left just after 4 p.m. to freshen up, Pat prepared a salad to take over for supper, and back we went. A great night with great friends.

Today we all headed over to Green Valley Az. where the Titan II  Museum and the last missile silo remains. There were 54 of these silos, 18 in each state of Kansas, Arkansas and Arizona. In operation during the "Cold War" 1963-1989, these were designed to prevent World War III, "Peace by Deterrence", no one, on either side, wanted to launch their missiles, it would have meant the end of the world and life on it, as we know it.


Now 54 missiles does not sound like a lot, but those 54 missiles represented 1/3 of the U.S. tonnage of weapons. It was more then 200 times the tonnage of bombs dropped in the European and Pacific Theaters in World War II.
You can read more about it Here. 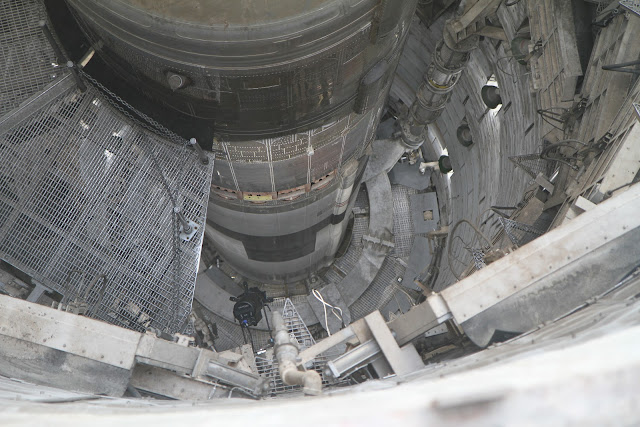 Returning to the campground for a quick lunch and to let the dogs out, we headed out to the Saguaro National Park. We never get tired of looking at this mighty sentinel of the desert. Along with the other cacti found here, Teddy Bear Cholla, Staghorn, Chain Fruit and Ocotillo. We stopped at the visitors center for a look around. Before leaving the park, we drove by the park museum where there is a crested saguaro cactus growing

.A great day exploring the area around Tucson, even stopped by Old Tucson and the Western movie set, that's for another time though. 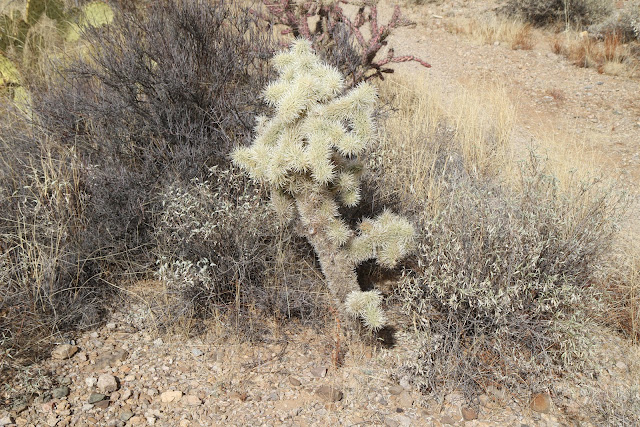 Hope you enjoyed your day, I know we did. Until the next time, take care and be safe. Leave a comment if you like. I do read them all and will respond.