As the title says " better late then never" here are a few words about last weekend. I was away camping at the Tillsonburg airport. The airport? Yes the airport, I volunteer with a group that does public safety at air shows. The Canadian Harvard Aircraft Association put on a small airshow honouring the pilots and the Harvard aircraft. So from Friday afternoon until Sunday afternoon that's where I was. 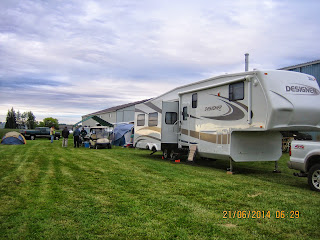 It is always a good time with the group when we get together for one of these shows. Not everyone stays the night and camp but a few of us decided that instead of driving back and forth to London at the end of a long day that we would stay and camp. One of the guys who happens to be the mechanic that looks after our vehicles stayed with me in the trailer. There were 18 Harvards in attendance, a couple of Tiger Moths and the Lancaster from Hamilton did a couple of flybys. There was a good crowd that showed up and admission was by donation. 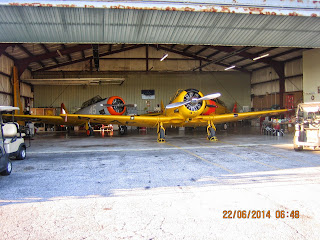 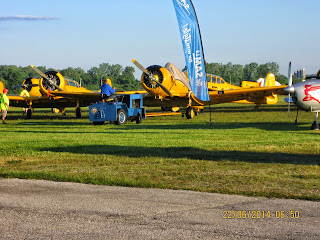 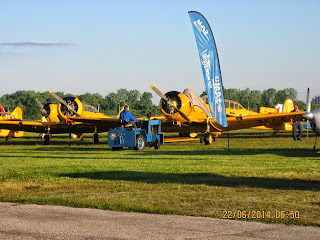 Here they are getting the Harvards lined up for a Sunday morning photo shoot, quite impressive to see all of these at once. Also on Sunday a Strike Master that is kept here took off and did some flybys, along with a couple of Trojan T28's. 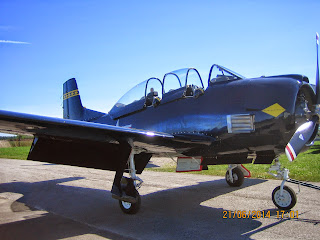 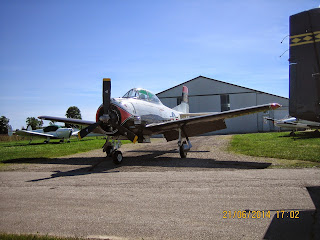 Well that was my weekend, love airplanes and had great time with a great group of people. Until the next time, take care and thanks for stopping by. One pic to add of the group of us standing for a photo op That's me, third from the right.. 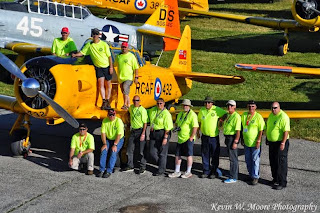 Email ThisBlogThis!Share to TwitterShare to FacebookShare to Pinterest
Labels: Harvards